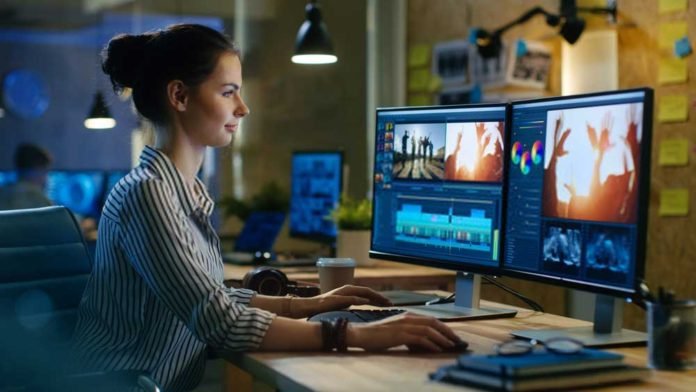 Editing a video generally involves bringing together the footage into a finished product by removing unnecessary clips and making necessary corrections. You also fine-tune the sound, stabilize the video and add elements like sound effects, visual effects, and titles. However, editing is an art based on some basic techniques that you need to master to tell a compelling story through your video.

Once you learn about the different types of cuts and their significance under different circumstances, you can make your editing more efficient and your projects more engaging. In this guide, let us discuss the basic editing techniques a video editor should be aware of.

The most basic editing technique, standard cut, refers to a direct cut between shots in which the next shot begins right where the first ends.

This type of edit doesn’t need any effects or transitions but when done right, the cut doesn’t draw attention and lets the viewer stay immersed in the video.

Crossfades and cross dissolves are used for a slow transition from one shot to another, depicting a kind of change or passage of time like a night shot dissolving into the morning. However, fades and dissolves can turn out to be jarring if not used well.

These cuts have always remained popular editing techniques. J-cuts and L-cuts belong to the technique called split edit where the video and audio of a clip are cut at different times.

For J-cut, the audio of the next clip is brought in before the previous clip’s video is finished. This forms a J shape on the video editor timeline, giving it the name.

L-cut is when the audio from the first clip carries over into the next. These edits are used to introduce pace and progression in the video and make the edit more organic and cohesive.

This type of technique involves cutting between takes of the same shot or within the same frame to result in objects jumping. Though perceived as mistakes as they look rough, jump cuts can work well if used creatively like in a montage or to intentionally show a passage of time.

A wipe is when an animation is used to wipe away one scene into the next. Known to be used nicely in ‘Star Wars’ films, these cuts are advised to be avoided as being too showy. However, as the movies depict, they can be effective transitions when used carefully and sparingly.

As the name explains, cutting on action is a common editing technique where you cut at the point of action as any viewer’s eyes and brain would expect. It involves editing in a way that an action is shown seamlessly over multiple shots.

When somebody walks down to reach a door, cutting into the next room to portray the character walking in seems pretty natural and the viewers would hardly notice the cut.

The editing technique is specifically important for scenes where there is a lot of action going on as it helps the viewers keep up. It will also convey the reactions of the characters to events. Cutting on action is most popularly associated with action scenes where cuts are made at punches, crashes, or explosions.

Cutting to Music or Sound Effects

A professional-quality video is a blend of great visuals and sound. Effective editing attributes to cuts synchronized with beats and sound effects.

Most video editors allow cutting to a sound effect or music note by showing you a waveform of the soundtrack to great detail. You can easily zoom into the waveform of your music and locate the exact bit you want to sync the cut to.

Cutaways and inserts are separate techniques but are often talked about together. A cutaway is, as the name suggests, is when you cut away from the main action to some other object. Cutaways are great ways to cover jump cuts and use multiple takes in a shot that appears to be continuous.

This technique not just makes it easy to connect multiple takes and parts of a clip where some frames have been removed but also sometimes helps elevate tension, for example, by cutting to a clock as the character is running against the time.

Inserts are different as they are used to show an object within the scope of the main action but generally in closer detail. Both cutaways and inserts are essential for video editors to convey the desired information and add a lot of variety and visual interest into the edits rather than simply sticking to the main action.

Cross-cutting refers to the technique of cutting between two scenes happening at the same time at different places. It involves repeated swapping between sequences to show a thematic or narrative connection between them. This type of editing is ideal for adding tension or comedy though there are many creative reasons to use it.

The distance between the locations of scenes can be as short as in the same building or as far as on different planets. The essence is to show multiple views to create stress and suspense. Heist films use a lot of cross-cuts like somebody breaking into a safe while the guard walks towards him.

Christopher Nolan’s movies also use parallel editing as a common technique, particularly towards climaxes. His films almost always feature a well-established series of narratives cut together for optimum engagement and suspense.

This editing technique is used to convey the passage of time by cutting together multiple shots generally with a consistent theme. Montages are often a series of quick cuts that show the progression of a story without going into the detail of every stage.

Such a technique has the practical use of allowing you to put across a lot of information in a short time covered by music and sound.

The best example of the use of montage is when characters like athletes or soldiers are shown acquiring skills through months or years. However, this technique can be utilized for any transformation for characters. Though montage is a great way to cover time quickly, it should be used wisely with a lot of creativity.

Making the right cuts for a video is more difficult than it may seem. However, learning to use the most suitable technique for a situation can transform your project into something that hooks the viewers and brings your video to life. This guide should help you get started in the exciting world of video editing.

Getting a PoE Switch