Renewable energy is the straightest path to a greener future, and on a more practical note, it’s also a great money-saver. Luckily, more and more smart devices are popping up on the energy scene, capable of capturing renewable energy in some unique way.

What’s important to realize is that while a single smart device’s renewable energy output may not seem great enough to make a difference in the grand scheme of things, it actually is, as long as enough people adopt it. Just like harming the environment is an accumulative process, so is saving it.

Devices that can Bring You Renewable Energy

In that spirit, here are a few smart devices that can bring you renewable energy and significantly improve your daily electricity ratings.

VOTO is a device that converts the heat, released by charcoal and wood-powered stoves, into electricity. Since millions of people around the world use such stoves on a daily basis, VOTO can turn out to be a ubiquitous device.

It’s generally capable of generating enough electricity to charge a phone or even a battery in one charge. It’s particularly suitable for campers and backpackers who need to power their devices on the go, and this was the idea behind it in the first place. That being said, it’s starting to gain popularity in more traditional contexts as well and it’s being adopted by all kinds of people in their daily lives.

This device is as simplistic as it is smart and practical. It’s basically like a miniature version of a solar panel.

All you have to do is stick it to a window that receives as much sunlight as possible. Depending on how sun-kissed the window is, you can store up to 10 hours-worth of electricity in a single day. Usually even in much less, somewhere between 5 and 8 hours on average.

To make things even easier, you don’t even need an actual window per se. You can put it on a sunny surface or even on the floor. If that wasn’t easy enough, its design intentionally mimics the one of a wall outlet, so it is as user-friendly as possible.

Once charged, you can take it anywhere, there are no restrictions.

This device is as charmingly creative and futuristic as it gets.

A word-play between the words soccer – the sport everyone outside of North America calls football, and socket, the title of this innovation is more than befitting. It gives soccer an almost symbolic, more-than-a-game vibe that makes for the perfect, free commercial.

SOCCKET is designed like a soccer ball that holds a kinetically-powered pendulum, generating and storing electricity when the ball is played with. Half an hour of play generates enough charge to power an attachable LED lamp for 3 hours.

And the cherry on top of this genius device is that a percentage of its retail sales go to donating SOCCKETs to schools in the developing world, making the whole idea come full circle and feel all-the-more special.

This device is accessible, simplistic, and flexible, all at the same time.

Not only does it have a solar panel which last for up to 5 years, but this gadget is smart in its own right, changing its brightness levels depending upon the movement around it and the sun position.

Considering how often we have to use keyboards, the applicability of such a device can’t be overstated.

It has actual solar panels integrated inside it, which can absorb light from both indoor and outdoor sources. If that wasn’t impressive enough, it sticks to the accumulated charge viciously – for up to three months, even if it has spent the entire time in complete darkness. In that regard, this keyboard is second to none.

And if you think all this energy sensibility comes at the cost of its actual functionality, you’re dead wrong. Having a 2.4 GHz wireless receiver, you’ll experience no delays, lags, or interference. Your typing will go smoothly.

On top of it all, it employs a long-range connection, so you can use it from the comfort of your sofa, for instance.

This might be the ultimate savior in case of emergencies. It’s very versatile as you can charge its 150Wh battery through both a solar panel or simply a wall socket, as well as a 12V car adapter. And its merits in that regard don’t end there.

Having two ports – one 12V output and one regular socket, it can be used to charge a wide variety of devices. The most popular ones being laptops and smartphones, of course.

This device is very practical as it can be attached to your mobile phone the hands-free way, using one-touch Bluetooth pairing functionality. This makes it easier to place it in the sun to gather energy. A single charge, which takes 8 hours of sun, last for 10 hours of music playing.

However, it can also be charged in the regular fashion in just 2 hours.

With their ingenious designs and versatile features, those devices show that generating renewable energy can not only be relatively easy, but even fun and rewarding. 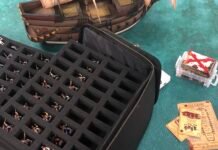 The Best Miniature Carrying Cases in the Market 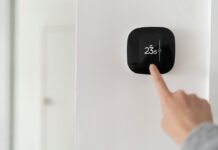 3 Tips For Putting A Smart Thermostat Into Your Home 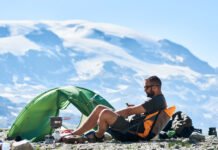 11 Gadgets You Must Take Along On Your Camping Trips