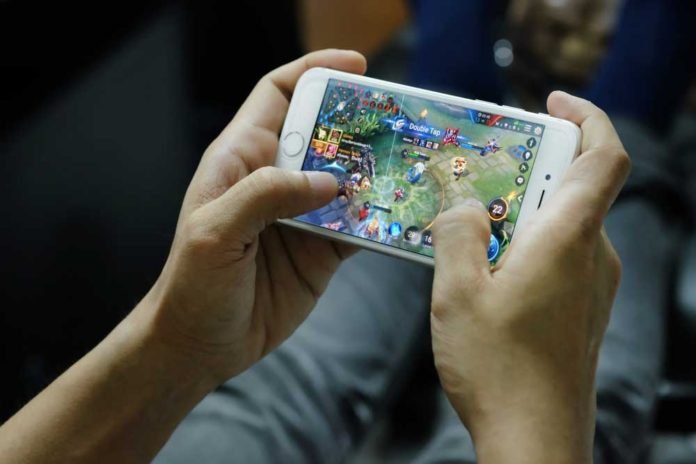 When mobile phones first began to come to prominence with the population at large in the late 1980s, no one could have possibly imagined what they would ultimately evolve into. At the time, mobile phones were big, clunky pieces that weighed anywhere from three to five pounds – making them both uncomfortable, impractical, and inconvenient for many users.

As time moved on, and electronics technology progressed, with a focus on shrinking components and parts, the mobile phone gradually began to shift into the light weight, easily stored tool that it is today. Not only has the sizing changed, but so has their primary use. Back in the day, mobile phones were treated like any other phones – you could make and receive phone calls, and that was it. Today, phones carry our daily itineraries, our phone book, our GPS, our connection to the web, our cameras, and much more. And most importantly, cell phones have become one of our most entertaining ways to waste time.

Look anywhere on the the Internet, and you’ll find a wealth of information on what the latest model of mobile phone can do for you. It’s covered by every major news agency, in online chats and forums, and even in blogs with personalized domains that focus solely on the subject of mobile phones, something you can certainly contribute to yourself. Within this grand sphere of information, the mobile game, like its console and PC counterparts, became a great way to while away the hours while we took our lunch breaks, waited for the bus, laxed at home on the weekend, or waited for dinner to be ready.

If you’re new to the world of mobile games, I’d like to first say, welcome! You’re in for a fun, engaging, and instantly transportable world of pixelated fun, that will keep you engrossed for hours on end. To help you get started, here is a list of the three best games available for mobile.

An instant sensation from the moment it launched, Candy Crush has taken the world by a (cherry flavored) storm. The game is a simplistic, match three style game in which different varieties of colored candies trickle down from the top of the screen, and your job is to match as many trios as you can, in order to get the highest score possible. While the basic formula remains unchanged throughout the entire game, the developers were smart enough to introduce variables, like achieving a minimum number of points, or making a certain number of matches within a limit of moves, in order to keep players engaged.

With over 500 million downloads between the mobile and Facebook versions, Candy Crush Saga is one of the most successful apps ever developed. The game is currently operates under a free-to-play model, meaning you don’t have to pay a dime to play the game, but you can invest real money in order to receive upgrades or get access to a timed event. Having celebrated the milestone of over 1 trillion games played, Candy Crush Saga is in no danger of slowing down anytime soon.

In the early days of mobile games, the basic assumption is that while gameplay could be fun and addicting, mobile games would never enjoy the graphical fidelity that was offered by Sony’s Playstation consoles, Microsoft’s Xbox series, Nintendo consoles, and especially not for custom built gaming PCs. Infinity Blade was one of the first games that made it clear to everyone that that wasn’t the case.

A hack’n’slash fantasy adventure, Infinity Blade sees players take on the role of a swordsmen approaching a castle, only to be met with a barrage of heavily armored monsters who engage the player in one-on-one sword battles. The controls are incredibly simply, allowing players to swing their sword in any direction or duck with a simple swipe, or bring up their shield, power up, or dodge incoming blows with a quick tap of the screen.

Infinity Blade became an overnight sensation, not only because the gameplay was so easy to get into, but because it looked really, really good. Using Epic Games’ patented Unreal Engine, Infinity Blade, while not as pristine as the consoles of the time, enjoyed rich textures and finely detailed characters and environments that was no more than one generation behind its console counterparts. Coupled with a free-to-play model that allowed the purchase of better swords and equipment, either through play or hard cash, Infinity Blade became a massive success, generating over $1.6 million within four days after releasing. It was the fastest selling app at the time it released, and today, has generated two sequels, as well as a tie in novel by renowned fantasy author Brandon Sanderson.

A mobile version of the hit sandbox PC title, Minecraft allows players to craft anything and everything they can imagine in a digital world. While having no specific objective or goal, Minecraft instead invites players to explore the blocky, pixel shaped world at their leisure, gathering blocks that they mine from the environment and hostile entities to build whatever they choose.

Minecraft appeals to numerous types of players because it’s so easy to get into, so easy to play, and so easy to enjoy. The only real limit to what you can do in the game is your own imagination. Minecraft has seen players recreate everything from the capital city of King’s Landing from Game of Thrones, to the the original Apollo space shuttle, to a true to life drawing inspired by My Little Pony. In the real world, engineering and architecture students have begun to use Minecraft as an outlet to explore ideas, and create mockups for construction and design projects.

Having been purchased over 154 million times across PC, mobile, and console platforms, Minecraft has become the second best-selling video game of all time, beaten out only by Tetris, and it’s easy to see why. Whether you have five minutes or five hours to kill, Minecraft is a game that will keep you engaged, even as you learn to dream big.