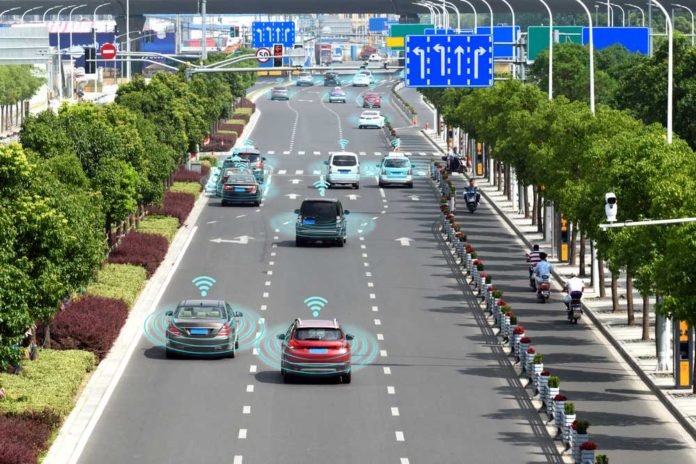 By 2020, there will be more than 10 million self-driving cars on the road, and there will be one in four cars self-driving by 2030, according to an article on Forbes. Daimler recently unveiled a semi autonomous truck called the Freighter Inspiration truck. These autonomous cars and trucks will make roads safer by reducing errors caused by distracted driving. However, there has not been a lot of reporting on self-driving motorbikes.

Probably the reason why you don’t hear much about self driving motorcycles is because more people use cars to get around. However, in 2018, BMW Motorrad unveiled a self-driving motorcycle that can start its engine, accelerate, turn, and brake to a stop without its rider intervening. However, they do not intend to produce this motorcycle for a mass market, but to use the technology to enhance safety for motorcycles already on the road.

Currently in the mass market are automatic motorcycles that are not self-driving, but have automatic tech in them that makes riding them easier. They have automatic gears, rear brakes, and no clutches. They include motorcycles like the Honda NC700X DCT, Aprilia Mana 850and more. Beginners that want to learn how to ride motorcycles can start with these machines.

On the other hand, there is no question that people will be riding in automatic vehicles in just a few years. There are various levels of “autonomous” for self-driving cars. There are autonomous cars with driver assistance, partial assistance, conditional automation, or high automation. Cars in the first autonomous category have “driver assistance” technology, which means the driver is still in charge but benefits from data collected by sensors and cameras.

In level two or “partial assistance”, the car can change lanes on its own and adjust its speed. However, the driver’s hand is always on the steering wheel. Autonomous cars in levels three and four can drive themselves in certain circumstances with the driver’s hands genuinely off the steering wheel. It is level three and four autonomous cars that will increase in number in 2020. Level five or fully autonomous cars do not need a driver, and have the ability to operate in urban environments that have lane markings, various infrastructure, and traffic. These cars will achieve mass market penetration near 2035, according to an IHS report.

It seems like there is more focus on automatic cars because more people use cars for transport than motorcycles. Eventually, there will also be autonomous or self-driving motorcycles, thanks to the technology gleaned from self-driving cars.