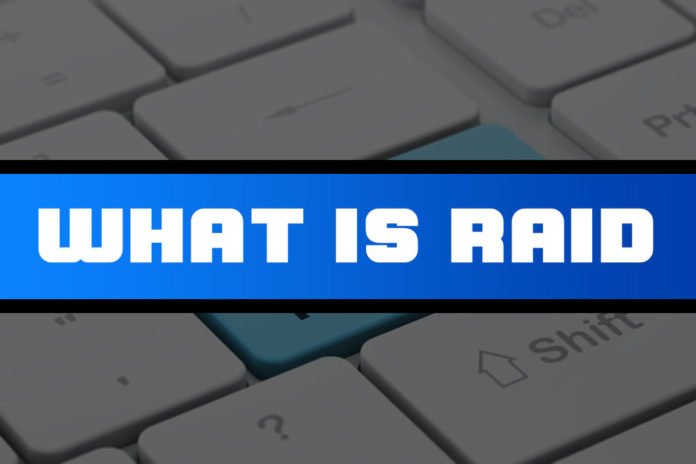 RAID can be considered as an acronym used for storage technology. The abbreviation stands for Redundant Array of Independent Disks. However, there are instances where the letter “I” is being used to denote inexpensive as well.

When you take a look at RAID from the layman’s point of view, you will figure out that as a confusing technical phrase. However, it comes along with a good explanation. RAID is the process where two or more hard drives are configured in order to act as a single unit within a single computer system. Even though the configuration varies from one setup to another, the primary objective of going forward with RAID is to ensure high availability of installation. In other words, it focuses on isolating data storage from instances such as infrastructure failures and system failures.

In the IT world, high availability has been obtained with the help of redundancy. It can easily be done by configuring multiple RAID arrays into a data center. This can reduce the overall likelihood linked with system failures. In fact, it focuses on eliminating system failures, which would happen as a result of hard drive failures.

With the help of RAID, there is a possibility to keep properly configured disks from failing. Hence, the general operations of the disks can be carried out without having to worry about anything.

What are the different types of RAID?

When you deep dive and take a look at RAID, you will figure out that there are few different types of RAID. They include hardware RAID and software RAID.

It is possible to go ahead and deploy RAID on hard drives, which include SCSI, ATA, and SATA. The exact number of hard drives needed to get the job done would depend on the RAID level of configuration. If you are planning to do it, you are encouraged to use hard drives that contain the same capacities. Then you will be able to get the most out of RAID.

It is possible for you to go ahead and develop RAID technology with the help of any operating system available out there. If a hard drive is not functioning properly, you will come across the need to get that replaced. Software RAID plays a major role in here as well. It is important for you to go ahead and upgrade software from the beginning.

What are the RAID server failures?

There are RAID server failures taking place due to multiple reasons. It is true that RAID technology has the ability to provide you with redundancy for your stored data. However, even the servers that are having RAID protection can also fail. As a result, you will have to face data loss related issues. That’s where RAID data recovery comes into play.

Malware conflicts are the most prominent reason why RAID failures take place. On the other hand, malware attacks taken place by operating system upgrades and software corruption can also lead you towards RAID failure. In case if you add an incompatible hard drive, there is a high possibility for a failure to take place. On the other hand, corruption of the whole configuration setup can also lead you to the frustration of RAID failures.

In case if multiple hard drives fail at the same time, there is a high possibility for a RAID failure to take place. This is accelerated by server crashes. In rare instances, RAID controller failure that takes place after the changes in configuration can also lead you to RAID system failure.

What should you do when your RAID fails?

If the RAID technology fails in the data center, you don’t need to worry about anything. That’s because it’s not something uncommon. In such a situation, the IT administrator should act accordingly and refrain from making a hasty decision. It can help to control the extent of negative consequences that may take place.

When the RAID system fails due to a logical problem, it is important to analyze the file system and how to get that corrected. But if a mirrored RAID leveling, it is possible to mix and match data, so that a good drive can be created. In other words, good sectors from two different drives are connected.

It is possible to do data rebuilding from the striped RAID schemes. Stripe level data rebuilding is easy when compared to drive level rebuilding. In case if there are many bad sectors in a single hard drive, they need to be fixed individual.

If you notice that data has gone missing, it is important to take the disk off and operate that in a degraded mode. Then it is possible to reconstruct lost data from the missing drive. If this is too tedious, raid recovery software can be used. It can help you to overcome the struggle that you are dealing with.