The medication most frequently associated with erectile dysfunction or impotence is “tadalafil”. It is among the safest and most effective in treating the said disorder. As you visit Numan in the UK, understand why many rely on tadalafil today.

Tadalafil: Know The Facts From The Myths

There is no such phrase as” multiple pills” in the context of tadalafil’s efficacy. It does not operate through accession. This means that it does not “build up”, should you take more than the prescribed dosage.

In fact, the Food and Drug Authority has stated that what is accepted and proven safe is a dosage of one tablet per-use, and per day. That’s all you’ll need.

Overdosing on tadalafil will only multiply or even worsen its side effects beyond the average. Keep in mind that it sustains proper blood flow in all of your bodily systems. The reproductive system and its organs are merely among the areas it impacts.

Thus, excessive quantities may instigate irregularities in blood transmission, not just to the chambers inside the penis, but to the rest of your organs as well. The verdict? Follow the prescribed dosage. A higher dose will not equate to a lengthier erection.

It remains that tadalafil works to keep an erection long enough for sexual intercourse. It does not, however, affect anything in your sexual performance. You will still have to go through the undertakings of coitus.

The difference will be that erectile dysfunction will be less likely, if not completely expunged for the duration of the act of sex itself.

This implies that after the penis releases semen in the process of an orgasm, it will lose its stiffness and return to its original limp and un-tense form.

Another thing to be noted here is that tadalafil follows through after you are aroused. You must be in the mood for coitus for it to actually register (although there have been a few rare reports of some having an erection even when they weren’t “in the mood”).

One Pill A Day Equals One Day’s Worth Of An Erection?

We’ve briefly mentioned how the effects of tadalafil linger up until orgasm is reached during coitus. Now, the “one pill a day” recommendation doesn’t entail that the penis will remain stiff for 24 hours. Not at all.

In this matter, its effects may last for up 24 to 48 hours. “Effects”, not “erection”, owing to the manner in which the average male body will take around one day to metabolise 50% to 70% of tadalafil’s active components.

To put this into perspective, should you take tadalafil and not have coitus for the next 24 hours, it may still be possible that if you do have coitus the next day, you can achieve an erection then.

Tadalafil And Other Medications

There are particular antibiotics that do not mix well with tadalafil. In addition, some strains of medications also react badly to it. Medicines utilised to treat angina are typically not taken along with tadalafil. The same is true with alpha-blockers, which have to do with treating the prostate and/or high blood pressure.

For this reason, it will be to your benefit to talk to your physician first, to ensure a safe tadalafil treatment. 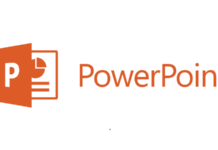 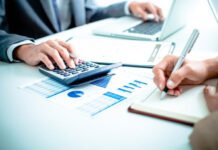 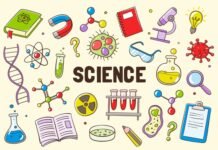