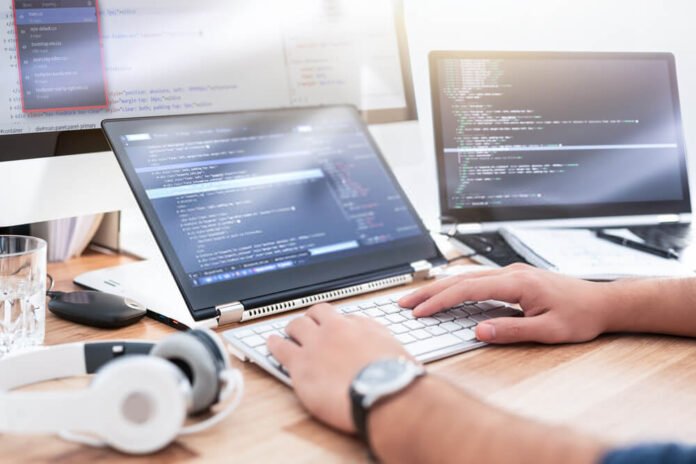 Outsourcing is a business process that involves incorporating services or resources from third parties such as an Employer of Record company. For a long time, it was common in supply chain management and software development but has now spread to other areas, including video game development. According to a report released by DFC Intelligence in mid-2020, 3.1 out of the 8 billion people play video games, making up about 40% of the global population.

It is because of this great demand that game developing companies are considering outsourced game experts. Have you ever wondered how much game development outsourcing can help save? Dive into this article and find out how much you can save by considering this perk.

What and who entail game development

As you stare at your video console, you might not imagine and project quite well what and how much goes into game development unless you are one of the tech-savvy guys. Without proper planning and effective strategies, the process can last long because of what it involves.

Before you can enjoy that game you really like, remember that many stages are involved, including planning, pre-production, production, testing, pre-launch, launch, and post-launch. The last stage, post-launch, typically happens after releasing the game into the market.

It involves monitoring the game and finding ways to improve gamers’ experience. The team also focuses on reviews and subscribers’ comments to establish how they find the game and improve it.

Furthermore, more than one person is needed to develop a game judging from the many steps involved. We all know that it is pretty possible to be a jack of all trades, only that you will be a master of none of the trades.

In the context of outsourcing game development experts, it means that having one or two people do everything is possible, only that you will end up with serious bugs, ultimately incurring losses. F

How much does game development cost?

Having seen how many experts make up a game development team, you are definitely beginning to imagine how much the entire process of developing a game would cost. Let’s sample two regions, the USA and Australia, which charge the highest for game development, and this may help you appreciate game development outsourcing hacks.

In the USA and Australia, the costs are $94,000 and $104,000, respectively, which means working with $100,000 isn’t bad. This figure represents the average of what one game development expert earns annually, and multiplying this by eight (a typical game development team needs at least 8 people), you get $800,000.

How much can you save from game development outsourcing?

A game development project costs approximately $900,000 per year and can surpass this by far, depending on how long you take and how many people you bring on board. Of course, the longer you take and the more the people you involve, the higher the cost.

However, outsourcing experienced experts for game development can work well to reduce these costs because it has worked in other areas. While outsourcing game development, you can be as flexible as you want and consider the cheapest service, which may lead to many bugs.

Therefore, it is critical to strike a balance between cost and quality to make a profit at the end of the day. Ukraine, for example, is known for providing the best-outsourced game development experts at affordable prices while still guaranteeing quality.

The good news is that this figure includes overheads and taxes and can get slightly higher ($400,000) or lower ($300,000) than that. Comparing $368,000 to $900,000 and considering the two extremes, you can save from 25% to 40% by outsourcing the right professionals. What’s more, you will comfortably strike a balance between cost-effectiveness and quality.

You could save even more, but with what results?

The cost of outsourcing game development varies greatly across the globe, and the estimate used above is for the most outsourced region, i.e., Ukraine. It is worth noting that you could still pay less and save more than what we initially found out. For instance,

From the last three quotations, you could save more by outsourcing game development from Malaysia, Pakistan, India, and the Philippines, respectively. However, by choosing these regions, you need to be prepared for many bugs and low-quality outcomes.

With such, your video game will not do well in the market, and the profit margin may be narrow. Furthermore, the process could be more expensive in the long run if you have to get experts on board every time to correct this or that mistake.

Many game development companies outsource their teams from Ukraine and other Eastern European countries. For instance, Melior Games is a game development outsourcing company that has demonstrated professionalism and done wonderful jobs over the years.

The team has created some of the best mobile and web applications for game development, and the resulting games have performed well in the market. Of course, other companies within Eastern Europe also do well.

Outsourcing is the professional process of seeking the services of a third party. Game development can be expensive or cheap, depending on the experts you hire. This article has shared the details of outsourcing game development across the world, and the USA and Australia turn out to be the most expensive at $100,000 per person annually while Malaysia, India, and the Philippines charge between $15,000 and $7,500.

However, Ukraine and most Eastern European countries are the best for outsourcing since, at $46,000 per person (salary and management fees), they produce the best mobile and web apps for game development.