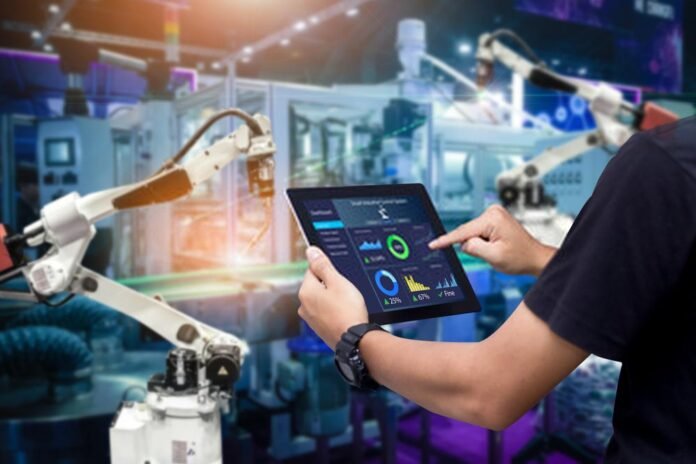 For long periods of time, it seems like industrial processes have stayed the same. The way we pump oil out of the ground, the way we build boats, airplanes, and other equipment, even basic construction techniques had seen few advancements until recent years.

Now there is a whole onslaught of new tech innovations both within the industrial sector, and outside of it that are improving how things get done. We’ll take a look at some of these innovations, where they came from, and how they impact industrial processes. Some things are very niche-specific, while others have a wide variety of applications.

Pressurized air is used in many industries, from oil and gas to sandblasting and pressure testing. Recent advancements in air compressors and air pressure technology have made it possible to boost the amount of air pressure that is generated during different procedures. This has improved the speed with which many processes are complete and even improved how we are able to acquire natural resources.

The technology not only boosts the amount of air pressure that can be stored and released but also allows for better control and precision.  Other gases besides just air can be pressurized as well, such as nitrogen and carbon, both of which are used in the production and transportation of gas and oil.

Drones have also been used in building construction to hoist materials up so that workers can make use of them or to secure them to parts of the structure that would otherwise require heavy equipment. Drones have even been used to build suspension bridges. This was done by employing several drones at once and having them connect cables together.

With further advancements, we could see drones replace humans in many more dangerous positions.

This is one innovation that has made its way into numerous sectors, not just the industrial areas. Everything from law enforcement safety gear, respirators, biohazard containment gear, safety harnesses in construction, and other improvements have all been crucial in protecting the health and well-being of employees, particularly in light of Covid 19.

One area that has seen significant growth and advancement is wearable health monitoring and safety equipment. Since the advent of fitness trackers, this technology has rapidly advanced to the point where it is now deployed on many worksites as a piece of safety equipment for workers. They can monitor heart rate, body temperature, and other vitals and send an alert if a worker becomes ill.

This technology alone could save thousands of lives. It is likely this is just the beginning as well, many more advancements likely lie ahead that will benefit workers in many areas.