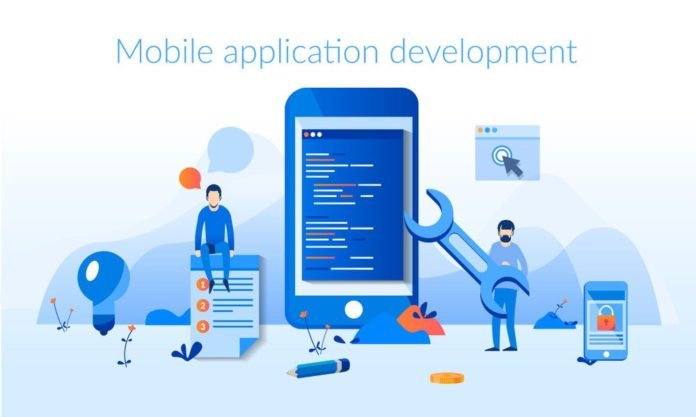 It is suggested that the right month to launch a mobile app is in December or February. So, you have a minimum of 9 and a maximum of 11 months (at the time of writing this article, it was March) to ideate, launch, and promote your business on the mobile platform.

Now, the title of the article gives it away that we will be focusing on helping you get started with iPhone application business, and there is a reason behind it. And, before we start the write-up, we will first attend to the reasons why you should choose the iPhone app development as the base of your mobile app business.

Let us get started without further delay –

There are several reasons why a number of brands across the world opt for iPhones in the Android vs iOS war to start their business.

Reasons that revolve around:

iPhone, as compared to Android, comes with much higher chances of generating revenue. The reason behind this is simple – the users that operate within an iPhone economy are a lot more comfortable in paying for the services as compared to ones that are not. While it is true that Apple keeps a portion of your in-app revenue, what makes it different from Android is the amount of money that you raise in totality, even with the Apple charge deduction.

Exposure to a Client Base That Loves Innovativeness

Apple is known to work around a client base that is ready to try their hands at something new and innovative, after all, they chose Apple for the oozing creativity that the brand is known for. So unlike Android users who are known to be followers and doubters, Apple’s demographics gives you the freedom to experiment with different app ideas and show creativity – knowing that it would be welcomed with open arms.

A sub-conscious Image of Classiness

The mere launch of your app on the iPhone and iPad gives it the image of reputation and classiness – something that goes in-built with the brand image of Apple itself.

Also, in order to keep the image of classiness intact, Apple ensures that all the apps that make it to its stores are designed and crafted to its utmost perfection so that the users’ experience is that of a pure high standard.

Now that we have looked at all the different reasons why you should invest in iPhone app development to lay the basis of your app business, let us now get into the ways to get started.

How to Get Started with Starting Your iPhone App Business

The basis of an idea or you can even call it the starting point is getting an idea of the idea which will be the concept of your mobile application. Formulating an idea is in no way an easy process – something which you will realize when you look into the App Store and find a scenario of at least fifties of apps already being present on the idea that you thought of.

Do an in-depth market study

The next stage of staring your business is doing a very extensive market study. Spend time in gauging if your idea is something that the mobile app market needs if the user base you are targeting is one that will pay for the service, if there are chances of expansion if the store already has apps around it (if yes, how they are performing) etc.

Doing research around these grounds will help you be better prepared to enter the market and take it by the storm.

One thing that we would like to emphasize here is that you should pay extra attention to the competitors – their current offerings, plans of expansion, etc.

Get in Touch with the Right Agency

The third and most crucial stage of starting your iPhone app business is getting associated with the agency that knows what it is doing – one which has years of experience in the iPhone app development domain.

In the selection process, it helps to settle with an agency that has a strong grasp on the whole development process, so much so that they can even write a mobile app development guide for dummies.

There are in fact a number of parameters that help make the decision, but the one thing that you should not shy away from is paying in returns of high quality. Point is that iPhone app development does not come in cheap, so you will have to be prepared to pay to avail the service from a reputed agency if you are looking to start your business with an app that is absolutely perfect from the start to end.

Create a Plan for your App Project

While the chances are that the iPhone app development agency that you get associated with will help you create a plan for the whole app development process, it helps to have your own idea of a milestone of how you envision the whole process to happen.

So, know how and in what time you plan on launching your app and the way the app development team will have to work to achieve it.

Advertisement of your iPhone app is something that you will have to attend to, to the T. Making sure that the app is promoted enough to put a lasting impression on the mind of the prospects and then the users who invest their time in the app after it is launched is something that will ensure that you go far in the world of millions of app users.

At the stages of both pre and post-launch, you will have to ensure that you leave no promotion medium unattended when advertising your app and what value it can offer.

Now that we have looked at all the 5 steps that you will have to follow, in the exact order too, in fact, it is time to get started with the whole ideation and setting business process.Meanwhile, in case we missed something, let us know in the comment section below.