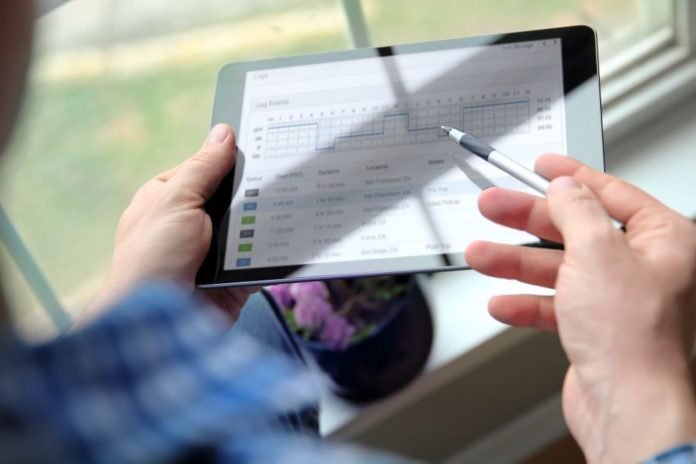 The Federal Motor Carrier Safety Administration (FMCSA) is a governing body that has issued a list of rules titled Hours of Service (HOS) and these are used to regulate the number of hours driven by commercial vehicles (generally busses and trucks that are used to transport goods or paying passengers from one place to another). These rules vary from country to country and depend on the Transportation Department in each country.

There are a number of Electronic Logging Devices available in the market currently but a name that stands out from the rest with an impressive score of 9 is KeepTruckin ELD! This device has amassed a large number of favorable reviews and ratings because of its affordable price tag and due to the fact that its easy to use and without any unnecessary complications or errors, another device that caught our attention is the EROAD ELD.

Through research conducted by the FMCSA it was deduced that Electronic Lagging Devices play an important role in maintaining highway safety hence ELDs were recently concluded as a mandatory part of commercial vehicles. There were a number of factors that led to the ELD Mandate and this FMCSA approved device developed by KeepTruckin aims to deliver all of the possible safety benefits that come with an keep truckin ELD. Some of the highlights from the study are listed below:

With an ELD the first advantage that one can think of is that there now is a set limit on the number of hours that a commercial vehicle driver can sit behind the wheel for. This limit contributes in greatly reducing weariness in drivers; irregular sleeping times, tiring work schedules and long work hours are all factors that contribute to tiredness and fatigue and these can eventually result in the driver not being able to stay alert and therefore the probability of a road accident is increased. An ELD eliminates the driver’s task of manually recording the driving hours and hence the time that would have been spent on paperwork can now be spent resting or by taking a quick break.

When the logs are automatically maintained then the driver has one less thing to worry about, he/she can direct all his/her attention on driving without having to remember the number of hours driven so far or calculate the distance that has to be covered for him/her to take a break.

Discussed above were all advantages and benefits for the drivers but you will be surprised to know than ELDs offer numerous benefits to the companies that hire these drivers as well. Not only can companies track their drivers in real time but they can also make deductions about the suitability of a driver to the job. Some of the key features in the KeepTruckin ELD that help both drivers and companies are explained below: