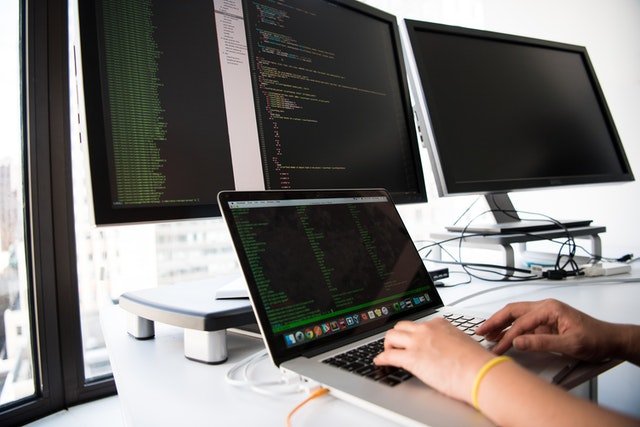 Artificial intelligence and machine learning experts are in high demand worldwide despite the fear that AI would eliminate many professions. The rate at which global corporations are employing depicts a different profile.

As technology evolves, more jobs are being created as firms seek highly trained AI professionals to develop and handle a wide range of AI applications and programs. Stay focused and practice for a successful career in AI by enrolling in an Artificial Intelligence course at an established training provider if you’re an AI enthusiast.

It’s no secret that AI and machine learning are growing in popularity across the globe, with India ranked as one of the top 15 countries in terms of talent.

Why are AI salaries high?

AI is not a discipline that you can learn on your own, as many developers believe. In fact, according to a Stack Overflow poll, 86.7% of developers are self-taught. An artificial intelligence developer must possess a wide range of talents to be influential and in-demand in this field.

A Ph.D. in computer science is usually required. A report found that 35 percent of AI positions require a Ph.D. and 26 percent require a master’s degree. Why? It’s because AI is a burgeoning subject. Aside from that, it demands a wide range of skill sets such as Python and C++ and STL, Perl, Perforce, OpenGL, and PhysX APIs. The AI must also perform complex computations. Therefore knowledge of physics or life sciences is required.

By 2025, the market for artificial intelligence (AI) will be valued at 190 billion dollars. In the United States, there are 13,739 AI Engineer vacancies, whereas, in India, there are 2,535 AI Engineer vacancies. According to the World Economic Forum, one hundred thirty-three million new jobs will be created by AI-enabled automation by 2022. There is no doubt that AI engineer positions are on the rise.

Because of the high demand, salaries have reached ludicrous levels. An analysis of the AI sector by The New York Times shows some workers may expect to earn between $300,000 and $500,000 per year, while the top earners can expect to make millions.

India is a trial ground for the most intriguing AI applications, from farming to healthcare to recruitment. As the country moves towards Digital India, the IT industry would require 50% more professionals with digital capabilities.

Bangalore, Chennai, Hyderabad, the Mumbai/Pune belt, and the Delhi NCR region are the five with the most AI and machine learning development. Unfortunately, there aren’t enough Data Science (AI and ML) candidates to fill these positions. Over 4,000 roles in India remain unfilled due to a lack of competent people at the mid and senior levels.

The lack of trained AI specialists is because AI is still a new technology that requires a unique and specific set of skills. As a result of the lack of expertise in this industry, India’s artificial intelligence salary range is relatively high. The more abilities and experience you have in this field, the more earnings you’ll make in the long run.

As a leader in AI research and development, Canada is projected to make significant investments in AI’s policy, legal consequences, and framework. According to Indeed, there has been a 1,069 percent increase in AI positions in Canada since 2013.

The average annual compensation for an AI specialist in Canada is $70,000 to $90,000 a year. The typical yearly salary of a skilled professional can reach $130,000 or even higher, depending on their level of expertise.

European countries are forced to hire talented individuals from outside the EU to fill the vacancies. The European Union’s member nations are in fierce competition with global leaders such as the United States and with each other.

In the United Kingdom, data scientists make an average of £56,385 a year. In contrast, ML engineers earn £54,617 a year in the same country. However, research reveals that the number of AI employment available in Britain is six times more than interested people.

Uncountable people are being hired to support cybersecurity, help censor online content, and make China #1 in applying artificial intelligence (AI). Capital pours into both start-up companies and more mature businesses at a time, and the government is demanding rapid development.

Businesses should prepare for the next wave of digital disruption, which artificial intelligence will bring on. Early adopters already see tangible benefits. It makes this more important than ever for others to expedite their digital revolutions.

Artificial intelligence is a vast market in the United Kingdom, the United States, Europe, India, China, and many other countries. Gain a competitive advantage in the AI industry by combining technical experience and talents with domain knowledge, communication, and analytical skills.