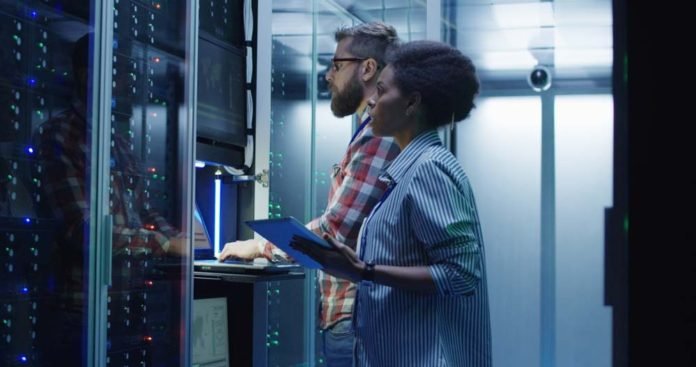 Have you ever visited a website only to end up frustrated and twiddling your thumbs? The commands take ages to load, and the website is painfully slow and unresponsive.

You must have thought: What a terrible company! More likely than not, you took your business somewhere else. The company whose website was unresponsive is sure to have their reputation take a nosedive, and ultimately their bottom-line will bear the brunt.

If you try to diagnose the problem, you’ll realize that the company’s web server probably had an outage or downtime. Only recently, a downtime caused Amazon to lose upwards of $99million. You read that right: 99 million dollars!

Beyond a web server, there are other kinds of servers, including mail servers, applications servers, and proxy servers. No matter the kind of business you run, your server is brick and mortar of your business. It provides the platform on which all your projects and day-to-day operations run.

So while your server may limp along for a while, it’s crucial that you take the initiative and periodically review your server’s status to ensure optimum performance. The good news is that you may not have to break the bank to start server monitoring. Free server monitoring tools exist to help you do the job.

Perhaps Your Server Has Just Run Out of Time

Five years. That’s the average lifespan of a server. After about 5 years, your server begins its sad march to the junkyard. Recently, this lifespan has reduced as manufacturers produce more servers with shorter lifespan of about three years.

Old servers, besides possessing a heightened risk of failure, are often less potent and less energy efficient than the new models that are being introduced into the market.

Additionally, an old server probably means you have expanded your product warranty. Without a warranty, a server may become a liability as it means the manufacturer may have stopped providing support services for the hardware or software.

As mentioned earlier, servers are designed to run for about 5 years. Even within this anticipated lifespan, you should expect to incur routine maintenance costs. But if you have to call IT solutions every so often and once maintenance costs begin to spiral out of control, you know you probably have a volatile server at your disposal.

As maintenance visits become more frequent, you should begin to consider upgrading or completely replacing your server because, in the long-term, these maintenance costs pile up and create a dent in your company’s finances.

Your CPU’s Temperature is Beyond Normal

When you have a fever, you know something’s gone awry with your body. In a similar vein, once your server’s Central Processing Unit (CPU) begins to run an above-average temperature it’s time to go digging. Servers are usually heavily utilized, so they are bound to produce a level of heat but once the temperature goes beyond the recommended levels prescribed by the manufacturer, it’s a cause for alarm.

An overheated CPU in itself is not the problem; it’s often a symptom of a much deeper problem. You might be dealing with broken or malfunctioning fans, clogged front intake, blockage of the exhaust or airflow, recent repositioning of the machine, or a dirty heat sink.

Before a server completely kicks the bucket, there is usually a string of random failures or crashes. When your server mysteriously goes off, don’t turn it back on and just hope it begins to work somehow. Instead, put on your CSI gloves. Here are a number of things you can do:

Don’t Let It Be Knocked Off

As Richard Power says: “In the old days, people robbed stagecoaches and knocked off armored trucks. Now they’re knocking off servers.” As a business, your server is your armored truck. Without a functional and performing server, your business is likely to come down crashing. Keeping an eye on your server will ensure you are not caught napping when crashes or downtime occur. Don’t wait until it’s too late.